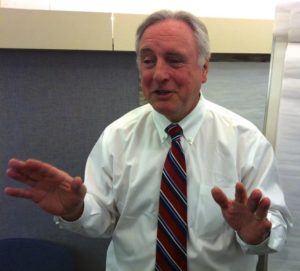 Finland, like many other countries in Europe and beyond, has been welcoming refugees from war-torn nations like Syria and Somalia. The welcome and the services extended by the government –as well as the presence of an increasing number of refugees- have been a source of contention for many. The consulting group Akordi which specializes in collaborative governance, environmental collaboration and conflict resolution, sought to address this conflict by providing dialogue opportunities. I worked with Akordi in 2016 to create and deliver a series of workshops in Helsinki and Vantaa and a conference keynote for the Deliberative Democracy Institute. In 2018, I joined the Depolarize team as an international expert.

The workshops on dialogue and on inquiry skills that don’t create or reinforce polarization reached a broad spectrum of the Finnish population. They were attended by print and broadcast journalists, refugee workers and refugees, community organizers, academics, government officials, funders and conflict resolution practitioners, among others. Plans are in the works to establish an enduring program for training and supporting dialogue facilitators throughout the country.